Background about the person and their injury:

V is a well-respected female powerlifter who is currently training hard for the KERN US Open Powerlifting meet. She contacted us toward the end of her training cycle, just a few weeks before the competition, complaining of debilitating right posterior hip pain that extends down the back of her thigh. The pain has become so severe that she is currently unable to train. V also mentions that she has had difficulty sleeping at night due to the pain. 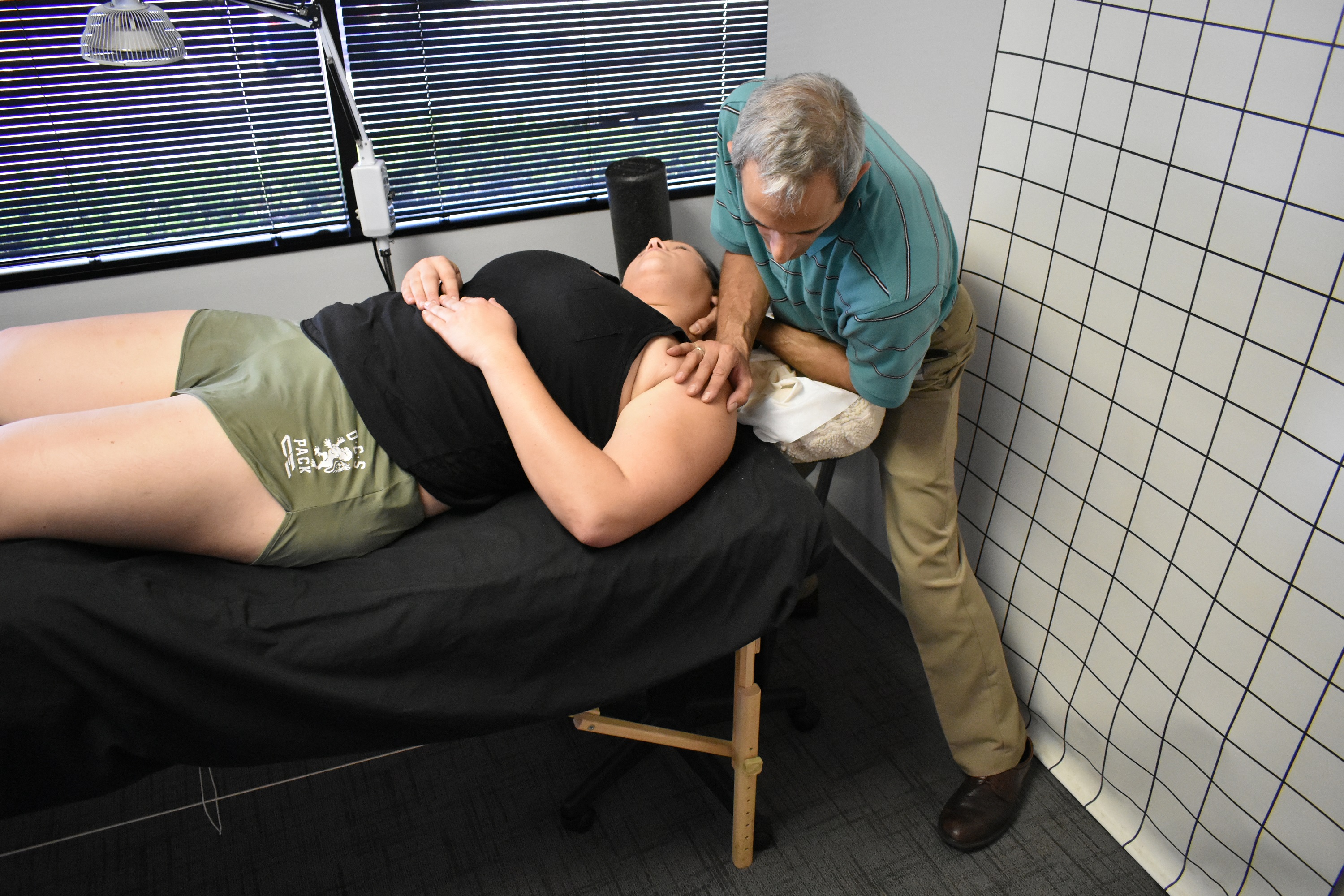 We discovered while measuring the angle and tilt of her hips and analyzing her posture that her hips were tilted anteriorly on both sides and her entire body leaned forward, her left hip and left shoulder were also elevated compared to the right.

Performing manual muscle tests revealed a noticeable difference between the muscles of her right and left lower extremities. Her glutes and hamstrings on the right were locked in a shortened position, they were tender to palpation, and very weak and painful when tested against resistance.

Through further orthopedic testing we were able to rule out the likelihood of an irritated lumbar disc, lumbar facet issues, or sacro-iliac joint involvement.

Grade 1 muscle strain of the fibers of the piriformis, lower gluteus maximus, and upper hamstring muscles 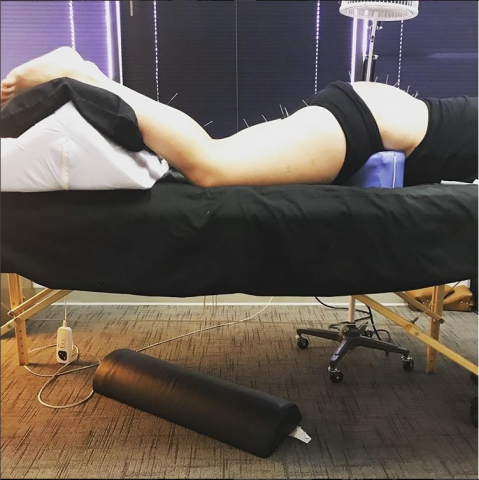 Patient felt 85% improvement in symptoms after her first treatment! Immediately after the treatment V went to the gym and deadlifted a new personal record of 535lbs!

After four visits her posture had been transformed, see before & after images below. Please note that there has been no queueing of the patient. Patient was simply instructed to stand in her natural stance. 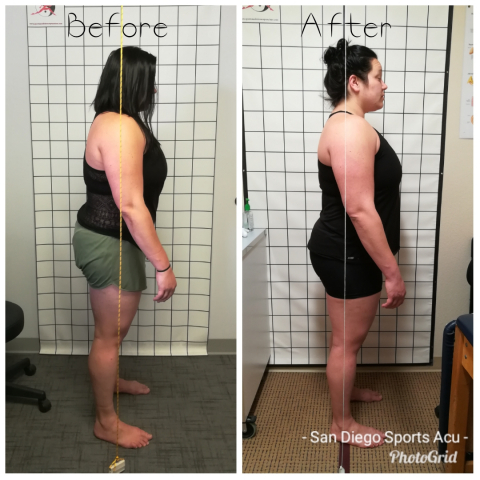 In this image we can clearly see an excessive forward lean (shown on left) due to overactive and shortened hip flexors. Releasing these muscles with acupuncture and myofascial work allowed the patient to return to an upright posture (shown on right). This return to a more neutral posture reduced the engagement of the muscles of her low back and hamstrings which were constantly firing to counteract the excessive leaning posture and likely adding to the pain.

In this image we can clearly see an excessive wide stance (shown on left) with both feet externally rotated. This was due to overactive and shortened external rotators of the hip (namely the glutes). Releasing these muscles with acupuncture and myofascial technique helped the patient achieve a neutral stance (shown on right) where the feet are pointing straight and hip width apart.

In this image we can clearly see an excessive elevated left shoulder (shown on left). Patient was complaining constant nagging pain on the left side of the neck and upper trap. This was due to a shortened levator scapula and upper trapezius muscles. We can also see the wide stance with both feet rotated outward. Releasing these muscles with acupuncture and myofascial technique helped the patient ‘drop’ her left shoulder back to neutral and eliminated the pain. We can also see here how her wide stance and feet position have changed back to neutral (shown on right)

V went from being unable to deadlift 135 pounds to being back in competition shape just in time for the Kern US Open. At the open she hit personal records in her deadlift, backsquat, and benchpress, breaking the world record for deadlift in her class twice!